Homo Faber is ready to open its doors

Homo Faber is ready and waiting for visitors at the Fondazione Giorgio Cini. 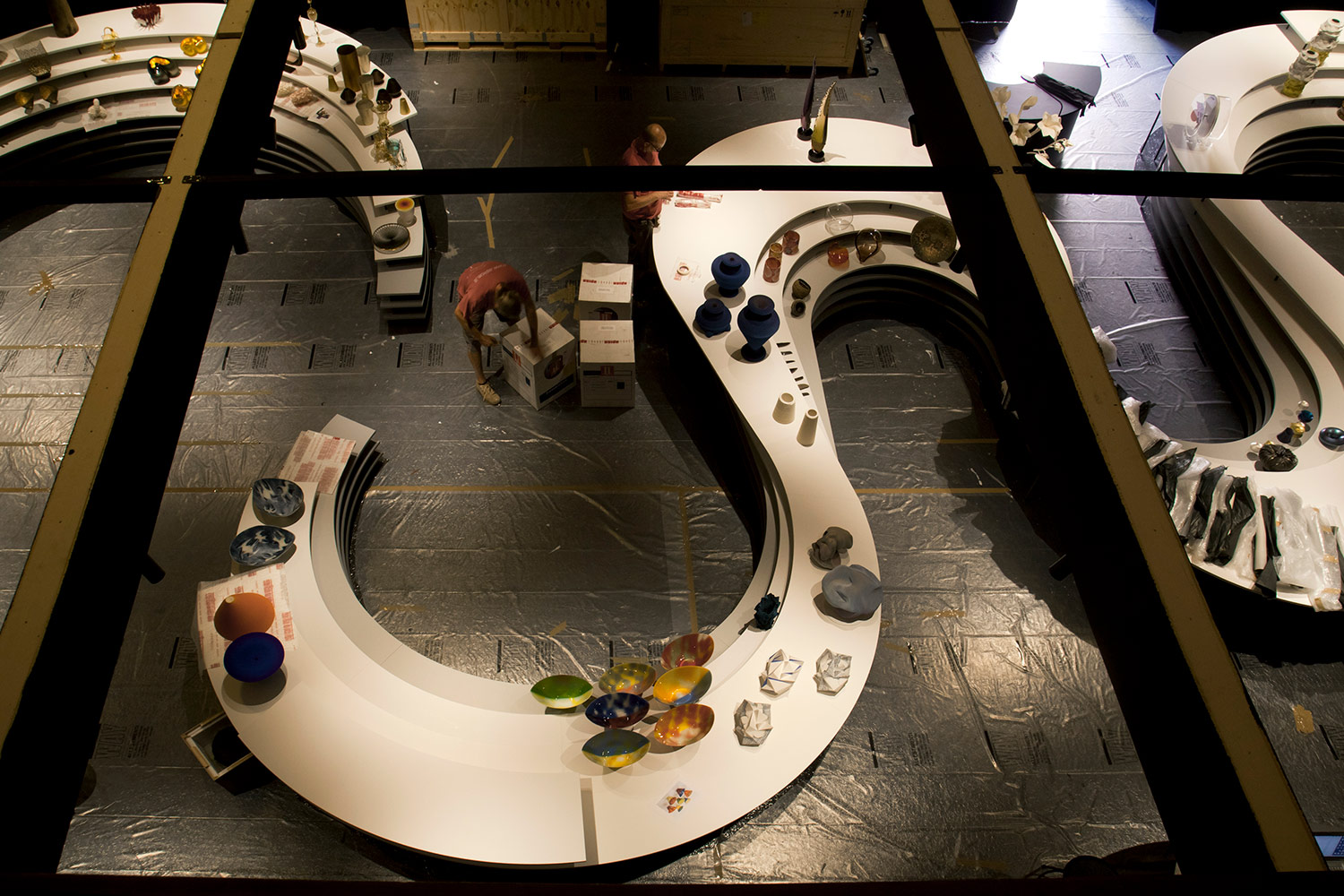 The finishing touches are put to Homo Faber’s 16 incredible exhibit spaces, as this unprecedented showcase of European craftsmanship prepares to open to the public. 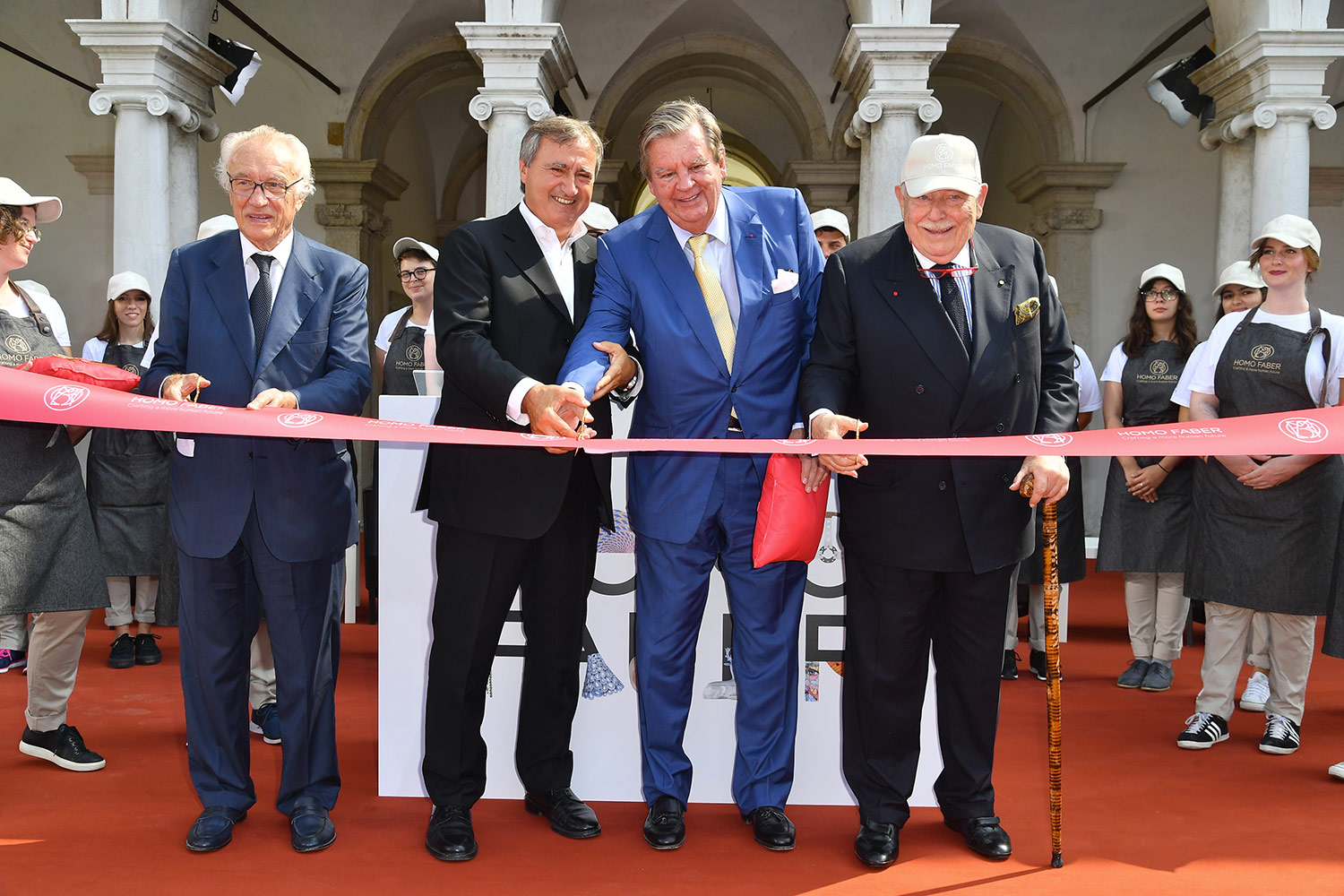 Homo Faber is officially inaugurated! (Left to right) Giovanni Bazoli, President of the Fondazione Giorgio Cini, and Luigi Brugnaro, Mayor of Venice, with Johann Rupert and Franco Cologni, the co-founders of the Michelangelo Foundation.

Artisans talk to the next generation

In Discovery and Rediscovery, a master artisan of Smythson passes on his knowledge to some of Homo Faber’s Young Ambassadors, the next generation of artisans. 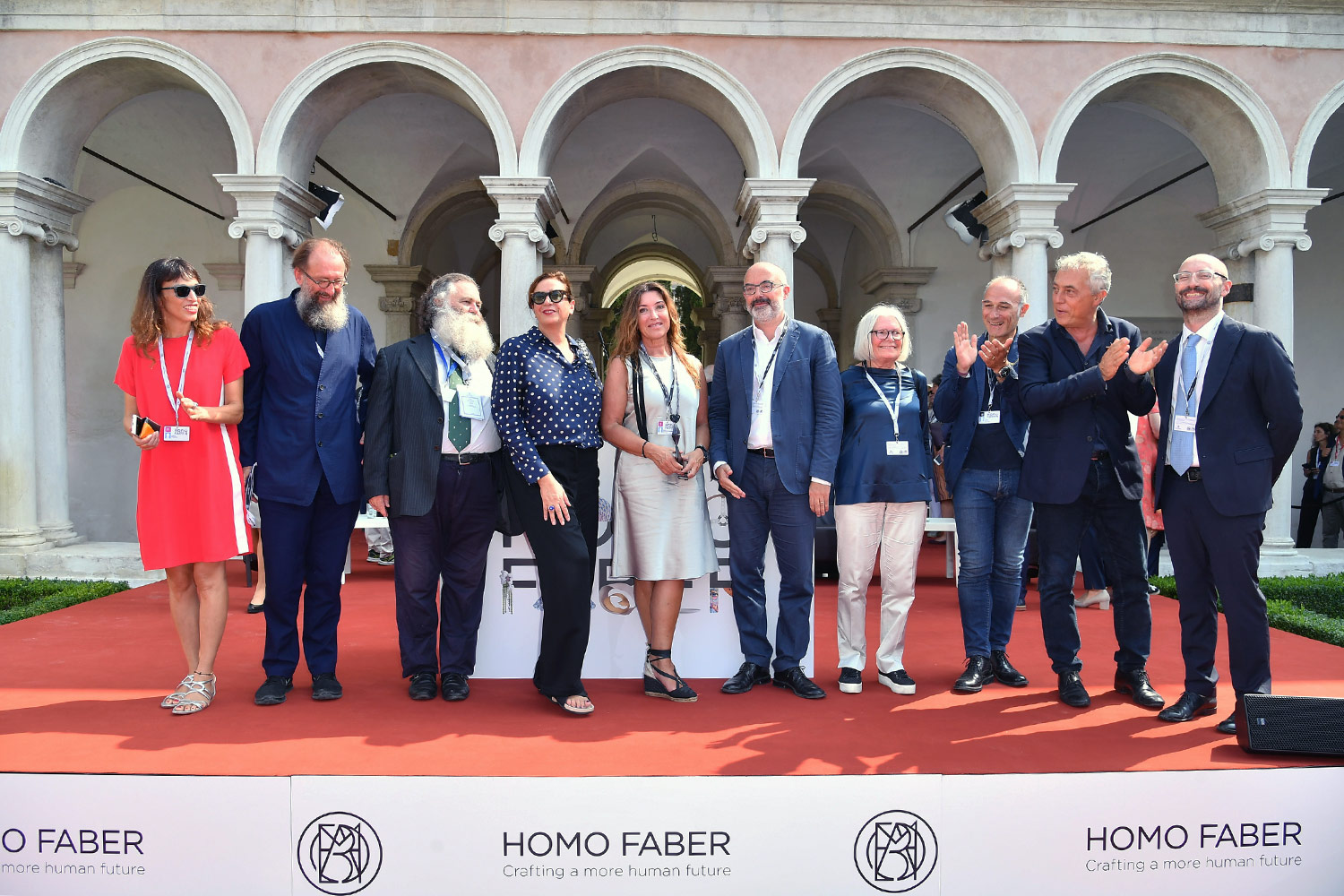 The curators of Homo Faber 2018 together at the inauguration.

Artisans at the heart of Homo Faber

Artisan José Luis Bazán, a leatherworker from Spain, discusses his work with visitors in the exhibit Best of Europe.

Artisan Martin Frost, a fore-edge painter from the UK, demonstrates his work to visitors in the exhibit Best of Europe.

The mural of Venice created by Carlo Stanga, which visitors to Homo Faber can colour in with crayons by Caran d’Ache.

Judith Clark in Fashion Inside and Out

Judith Clark, curator of Fashion Inside and Out, discusses the exhibit with Young Ambassadors in the Gandini swimming pool.

Artisan Lorenzo Rossi, a violin maker from Italy, explains his work to a visitor in the exhibit Best of Europe 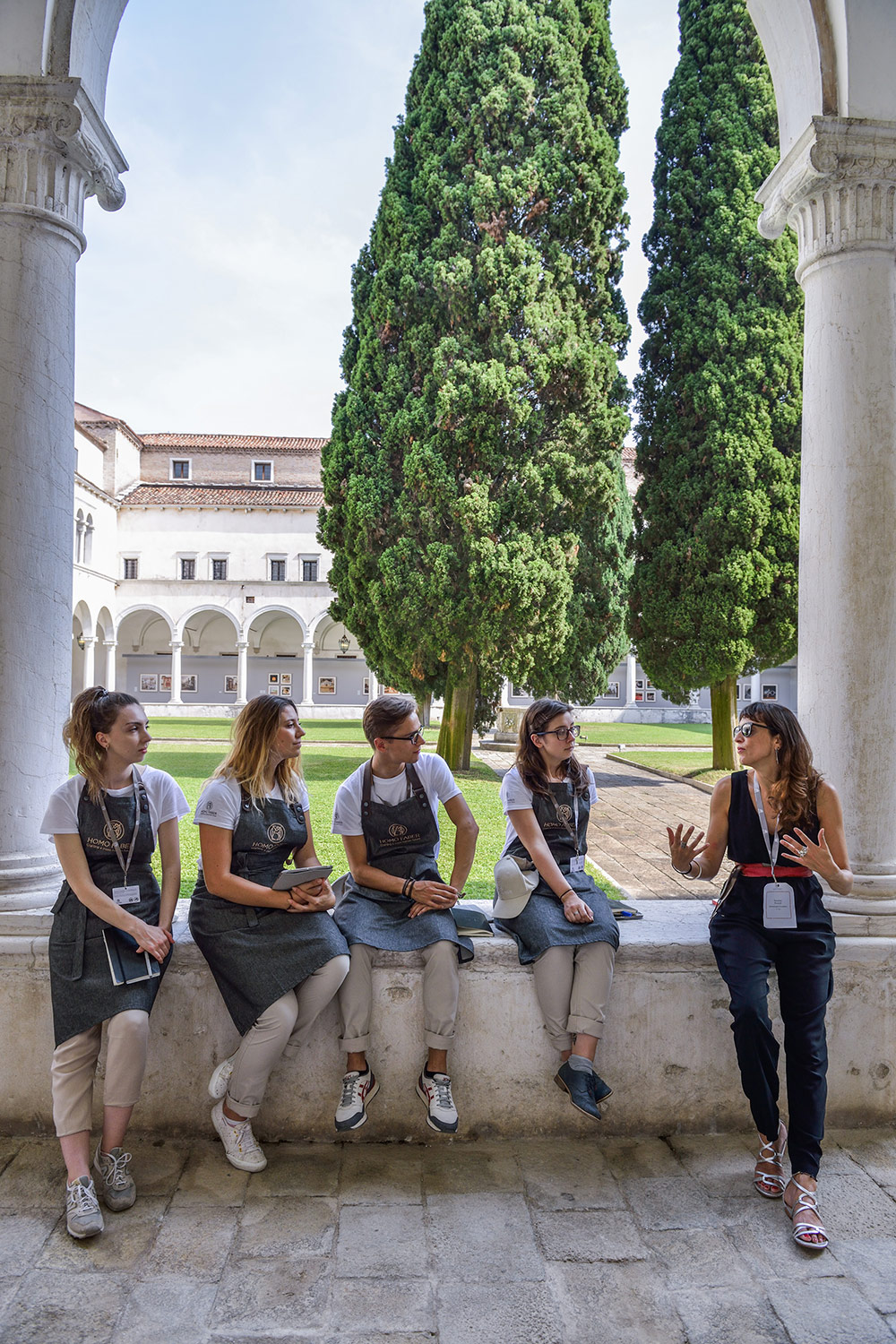 Exquisite woodwork in Poetry of Wood

Artisan Ivano Tenca demonstrates the incredible woodwork of Bottega Ghianda to visitors in the exhibit Poetry of Wood. 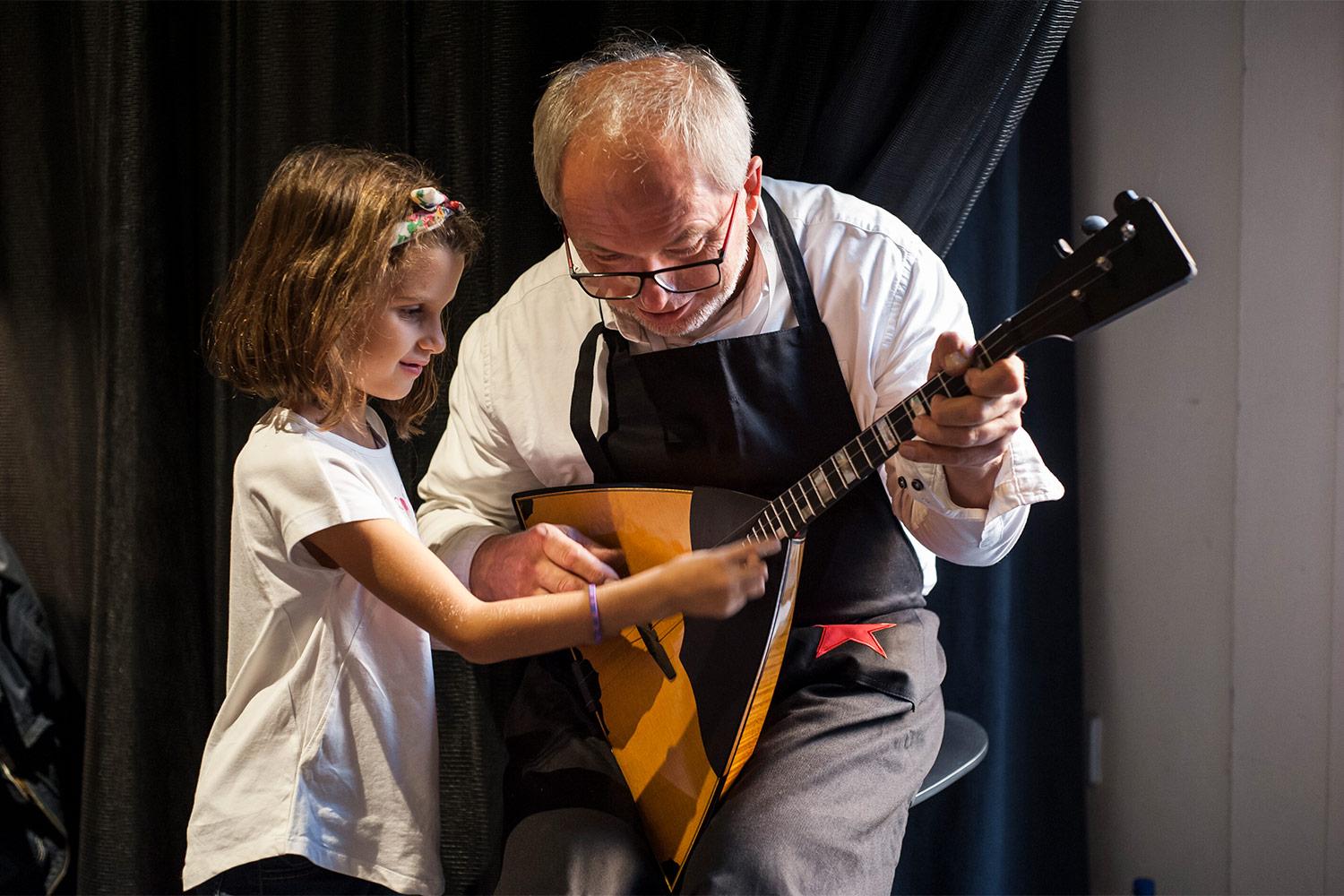 Artisans inspire the next generation